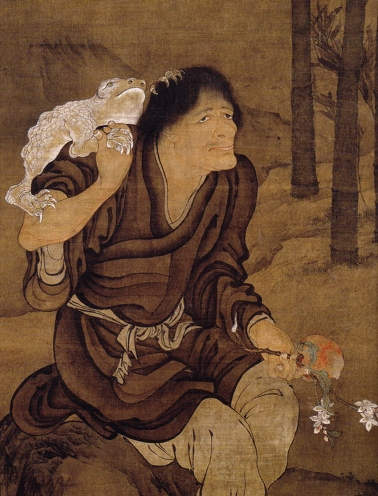 Taoist alchemy has a history of more than two thousand years, recorded from the 2nd century BCE to the present day. It is divided into two main branches, known as Waidan, or External Alchemy, and Neidan, or Internal Alchemy. The two branches partly share their foundations, but differ in the respective practices.

Waidan, which arose at least from the 2nd century BCE, is based on the compounding of elixirs through the manipulation of natural substances (especially minerals and metals) and the heating of ingredients in a crucible. Its texts contain recipes, descriptions of ingredients, ritual rules, and passages concerned with the associations of ingredients, instruments, and operations to the Chinese cosmological system.

Neidan developed, as far as we know, from the 8th century CE. It borrows a significant part of its vocabulary and imagery from Waidan, but it aims to produce the elixir within the alchemist's person. Its ingredients are the primary components of the cosmos and the human being. Neidan texts cover a wider spectrum of subjects compared to Waidan. At its ends are, on the one hand, teachings on the Dao (the principle at the basis of the world as we know it) and, on the other, descriptions of self-cultivation practices.

Neither alchemy as a whole, nor Waidan or Neidan individually, constitutes a Taoist "school" with a definite textual corpus and a single line of transmission. On the contrary, each of the two main branches is distinguished by a remarkable variety of lineages, teachings, and practices.

However, beyond its different and almost endless formulations, the Way of the Golden Elixir is characterized by its foundation in the doctrines set out in the main texts of Taoism — especially the Daode jing (Book of the Way and Its Virtue) — on the relation between the Dao and the cosmos. The world in which we live is seen as the last stage in a series of transmutations from Non-Being (wu) to Unity (yi), duality (Yin and Yang), and finally multiplicity (wanwu, the "ten thousand things"). The alchemist intends to trace this process backwards, and revert from the "ten thousand things" to the Dao. The practice should be performed under the close supervision of a master, who provides the "oral instructions" (koujue) necessary to understand the processes that one performs with minerals and metals, or undergoes within oneself.

Innerly nourish yourself, serene and quiescent in Empty Non-Being. Going back to the fundament conceal your light, and innerly illuminate your body.

Cantong qi
(The Seal of the Unity of the Three)

In both Waidan and Neidan, the practice is said to grant transcendence (a state described by such expressions as "joining with the Dao"), immortality (usually meant as a spiritual condition), longevity, healing (either in a broad sense or with regard to specific illnesses), and — especially in Waidan — communication with the deities of the celestial pantheon and protection from spirits, demons, and other malignant entities.

The main names of the elixir are huandan, or Reverted Elixir, and jindan, or Golden Elixir. Gold (jin) represents the state of constancy and immutability beyond the change and transiency that characterize the cosmos. As for dan ("elixir"), this word means "essence": it refers to the reality, principle, or true nature of an entity, and its most basic and significant element, quality, or property. On the basis of this term, the alchemical texts call their tradition the Way of the Golden Elixir (jindan zhi dao).

While the Tang (7th-10th centuries) period has been called the "golden age" of Waidan, it also marked the stage of transition to Neidan. Among the forerunners of Neidan is the Shangqing (Highest Clarity) tradition of Taoism. Based on revelations that occurred in the 4th century, this school attributes particular importance to meditation, but also includes the compounding of elixirs among its practices; and in this context, it displays the earliest traces of the interiorizazion of alchemy. Among the texts used by Shangqing is the Huangting jing (Scripture of the Yellow Court), a meditation manual often quoted in later Neidan texts.

In Neidan, the practitioner's person performs the role that natural substances and instruments play in Waidan. In doing so, Neidan avails itself — in ways and degrees that vary among different subtraditions — of traditional Chinese doctrines about the analogy between macrocosm and microcosm and of earlier practices of meditation on the inner gods, adapted to the new purposes (and involving, in fact, the virtual disappearance of the inner gods themselves). The text that played the main role in the shift from Waidan to Neidan is the Cantong qi (The Seal of the Unity of the Three), traditionally dated to the 2nd century CE but actually written in its present form at least three centuries later, and possibly more.