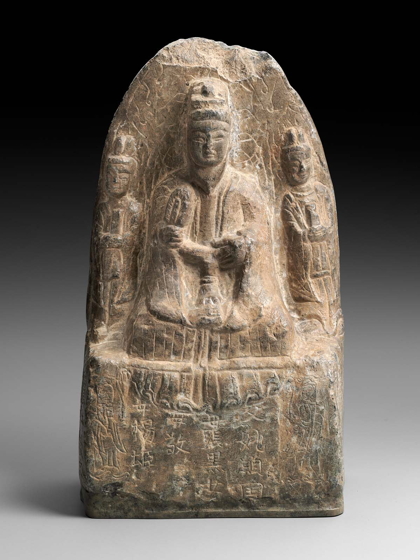 The process that, in the second half of the 2nd century CE, led to the formation of the first major Taoist religious movement (Tianshi dao, or Way of the Celestial Masters) could not be understood without paying attention to the political ideologies of ancient China. These ideologies are synthesized in the concept of the Great Peace (taiping), which was shared by different traditions including Confucianism. With regard to Taoism, the main source that documents these views is the Taiping jing (Book of the Great Peace), originally dating from the 1st or the 2nd centuries CE. The central idea in the Taiping jing is the advent of an era of "peace" (ping, also meaning "equity") in which a perfect ruler would establish a perfect society. This era would follow calamities designed to eliminate the corrupted ones, but would come only if the ruler governs according to the principle of "returning to the Dao."

The views of the Taiping jing are the first major example of Chinese millenarianism, which would become a major theme in the Taoist tradition from the 2nd to at least the 7th centuries. Amid the social tumults and the natural calamities that marked the last part of the Han rule, expectations and prophecies of a forthcoming messiah — often predicted to be surnamed Li — grew during the 2nd century of our era.

That savior turned out to be Laozi himself (one of whose names was Li Er), who became a deity under the name of Laojun, or Lord Lao. In 165 and 166, rites were celebrated in Huxian, Laozi's supposed birthplace; and in 166, Emperor Huan (r. 147-168) performed — for the first and only time in Chinese history — a ceremony in his honor in the imperial palace. However, the deification process may have begun even earlier, and the possibility that the "secular" Laozi was already the object of cults is suggested by one of the main sources on his deification. The Laozi ming (Inscription for Laozi), written on the occasion of Emperor Huan's ceremony, contains a biography of Laozi, an account of the events that led Huan to perform the rite, and a poetical eulogy of Laozi as a saint who follows the doctrines of "non-doing" and eliminating desires. Significantly, in this source Laozi is not called "god" (shen) and not even "lord" (jun).

● Pictures of Laozi and Laojun

The Laozi bianhua jing (Book of the Transformations of Laozi), dating from the late 2nd century and possibly originating from a popular cult in Sichuan, enjoins recitation of the Daode jing and confession of sins, and is the first of several works that mention one of the main features of Laozi as a deity: in addition to personifying the Dao and to being a model of the Taoist sage, Lord Lao periodically descends to earth in order to bestows teachings to humanity and especially to rulers.

This has two important consequences. First, from this time onwards the Dao takes an active role in the human world, either through its divine emissaries or by granting revelations to certain adepts. Second, the "historical" Laozi — the author of the Daode jing — is only one of the different forms that Lord Lao has taken in order to guide humanity.