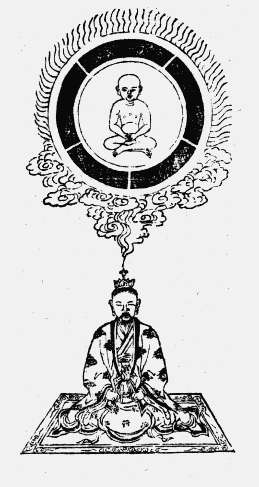 Despite significant differences among the different traditions, the basic view of the human being and its potentialities in Taoism reflects its doctrinal principles. Many texts devoted to this subject state that full comprehension of their teachings grants the status of Realized Person, or Perfected (zhenren). The related practices do not consist in a process of "increase" or "becoming perfect" but vice versa in reducing what obstructs one's potential for realization, according to the principle of the ☞ Daode jing that "committing oneself to the Dao means decreasing day by day; decrease and then again decrease and until there is no doing" (sec. 48). Some authors of texts of Internal Alchemy were aware of the ambiguity involved in the very notion of "doing" a practice in order to attain the state of "non-doing," and emphasized that the practice operates within the domain that the adept is called to transcend; its final purpose is to reveal the limitations of that domain.

The heart (xin) is the symbolic center of the human being. It is the residence of spirit (shen) and corresponds to the Northern Dipper in heaven. But just like Unity takes multiple forms in the cosmos, so does the center of the human being reappear in multiple locations. The most important ones are the three ☞ Cinnabar Fields (dantian, immaterial loci in the regions of the brain, the heart, and the abdomen) and the five viscera (wuzang, namely liver, heart, spleen, lungs, and kidneys). The three Cinnabar Fields and the five viscera respectively represent the vertical and horizontal dimensions of the cosmos within the human being.

According to some Taoist traditions, these and many other loci of the body are also residences of a pantheon of major and minor ☞ inner gods. The most important among them correspond to those that live in Heaven, and perform multiple related roles: they personify the formless Dao or impersonal notions such as Yin and Yang, allow the human being to communicate with the gods of the outer pantheon, and administer the body and its functions. Several texts describe meditation practices in which the visualization of inner deities is combined with circulating the bodily essences and delivering them to the residences of the inner gods in order to provide the gods with nourishment. From the Tang period, these practices were largely replaced by other methods of contemplation and introspection influenced by Buddhism. The inner gods, however, have continued to perform an important function in ritual, when they are summoned forth by the priest in order to submit the memorial to the gods in Heaven.

[The sainly man] has forgotten his five viscera and has abandoned his bodily form. He knows without apprehending, sees without looking, accomplishes without doing, and discerns without applying himself. He spontaneously responds to the outer stimuli and acts only if he cannot avoid it.

Huainan zi (Book of the Master of Huainan)

Neidan, or Internal Alchemy, framed its practices in part by drawing from meditation methods and from the techniques for "nourishing life" (yangsheng). The latter term refers to a large variety of methods that share a physiological foundation, including daoyin (a form of gymnastics that is one of the precursors of modern taiji quan), breathing, and sexual practices. However, using the same word that other sources apply to the cults of common religion, several Neidan texts qualify the techniques of "nourishing life" as "secular" or "vulgar" (su): like other traditions within Taoism do with deities and rites, alchemy incorporates elements of those techniques but grafts them onto its own doctrinal background.

In Neidan and in other Taoist traditions, the purpose of the practice is to acquire transcendence or "immortality." In religious imagery, in both its mystical and popular aspects, "immortality" is a state attained by superior beings, often entirely legendary, through their practices. For others, "immortality" consists in undergoing transformation, in the literal sense of "going beyond the form."