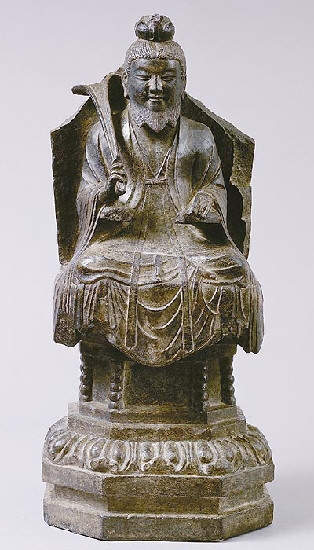 To a significant extent, the history of Taoism may be seen as a continuous restatement of the principles enunciated in the early founding texts. To an equally significant extent, its development has been marked by adaptation to varying historical circumstances, response to the needs and demands of different social groups, and incorporation of notions, beliefs, cults, and practices derived from other trends of thought and religion. These multiple factors gave rise to the idea that the Dao may appear under the guise of gods or other divine beings, and through them may play an active role in the world, in particular by granting revelations to some adepts.

The process that led, in the second half of the 2nd century CE, to the formation of the first major Taoist religious movement can only be understood in the light of the politico-religious ideals of ancient China, synthesized in the notion of Great Peace (taiping) and shared by different traditions, including Confucianism. At the beginning of that process was the deification of Laozi (☞ pictures), now represented not only as the sage who expounds the doctrines of the ☞ Daode jing, but also as a messiah who embodies the Dao and reappears at different times either as a sage counselor of political rulers, or as the inspirer of religious leaders.

Scholars have pointed out the association among the spread of beliefs concerning Lord Lao (Laojun, that is, Laozi in his divine aspect), the cults offered to him outside and even within the imperial court in the 2nd century, and the political decline of the Han dynasty (202 BCE-220 CE). Based on the notion that the emperor symbolized and guaranteed the balance between Heaven and Earth, the weakening of political power at the end of the Han (with concurrent social unrest and natural disasters), were deemed to reflect a rupture between the supernatural and the human world. Hence the millenarian beliefs and the messianic wait for a savior — a new transformation of Lord Lao who would restore Great Peace and confer the Celestial Mandate (tianming) to a new ruler.

In one of his transformations, Lord Lao appeared — in 142 CE, according to the traditional date — to a healer, Zhang Daoling, in the southwestern region of Sichuan. Lord Lao established a covenant (meng) with Zhang Daoling, revealing to him the teaching of Orthodox Unity (zhengyi) and bestowing upon him the title of Celestial Master (tianshi). This revelation, which has been called "the New Testament of the Dao" to distinguish it from the original teaching of the Daode jing, is at the origin of the ☞ Way of the Celestial Masters (Tianshi dao), a priestly lineage that continues to exist in the present day.

The early Celestial Masters established a theocratically-based enclave in Sichuan that maintained its political semi-independence for several decades, until the end of the Han period. Its purpose was not to terminate and replace the imperial power; rather, the intent of Zhang Daoling and his successors was to realize the kingdom of the Great Peace on earth until a new sovereign would receive from Heaven the mandate to rule.

The administrative structure of the early Way of the Celestial Masters was based on that of the Han empire; both, in turn, reproduced on earth the bureaucratic ordering of Heaven. Since that time, Taoist texts have often represented Heaven as an administration divided into ministries and offices, with a hierarchical classification of primary deities (often called "emperors" or "thearchs," di) and a host of ancillary gods. The same bureaucratic features are displayed in ☞ Taoist ritual, which is based in part on the forms established by the early Way of the Celestial Masters: requests of audiences in the courtly halls of celestial palaces, arrangement of the deities on seats arrayed according to their rank, and written petitions delivered by the priest to the gods.

A set of fascicles of the Daozang
(Taoist Canon, premodern edition)

The diaspora of the Celestial Masters' communities after the end of the Han (early 3rd century) resulted in the expansion of the new religion to other parts of China. Its spread in Jiangnan, the region south of the lower Yangzi River, was one of the prerequisites for the formation of two other major corpora of Taoist doctrines, texts, and practices in the second half of the 4th century.

The representatives of the religious legacies of Jiangnan responded to the newly imported cults by reformulating and codifying some aspects of their own traditions in ways that admitted elements of the practices of the Celestial Masters, but were mainly based on the local traditions, which included meditation, alchemy, self-cultivation practices, and various methods for communicating with the gods and expelling demons. The first corpus, known as ☞ Shangqing (Highest Clarity), derived from revelations that occurred from 364 to 370 and was centered on meditation practices. The second, known as ☞ Lingbao (Numinous Treasure), derived from revelations that occurred between ca. 395 and 405 and was based on communal ritual.

These two codifications clearly define, for the first time, the two main poles of Taoism as a whole, namely individual practices on the one hand, and collective practices for the community of the faithful, or for the dead, on the other.

The relations among these traditions were formally codified in the early 5th century in the system of the Three Caverns (sandong). Its main purpose was to hierarchically arrange the different legacies of Jiangnan, assigning the higher rank to Shangqing, the intermediate one to Lingbao, and the lower one to other local traditions. Around 500 CE, the corpora associated with the Daode jing, the Taiping jing (Scripture of Great Peace), alchemy, and the Way of the Celestial Masters were incorporated into this system and assigned to the so-called Four Supplements (sifu). The Three Caverns also provided the formal schema for other important aspects of Taoist doctrine and practice, including the ordination stages of the Taoist priests (daoshi) and the arrangement of scriptural and other writings in the collections of Taoist texts — the ☞ Daozang, or Taoist Canon — that began to take shape from the early 5th century.

This model continued to perform this function even after the contours of Taoist religion were reshaped by several new revelations and codifications during the Song period (960-1279) and later, and by the creation in the early 13th century of ☞ Quanzhen (Complete Reality, or Complete Perfection), a monastic order that is, with the Way of the Celestial Masters, the main branch of present-day Taoism.

Index of the Taoist Canon